In 2015, the regional offices of education and intermediate services centers consolidated to form the current Illinois Association of Regional Superintendents of Schools (IARSS). In 2020-21, the 38 offices will serve students, educators, and communities to ensure the safety, support, and success of all.

Sources of definition: The most current ROE directory from the Illinois Association of Regional Superintendents of Schools and the Illinois State Board of Education (ISBE) 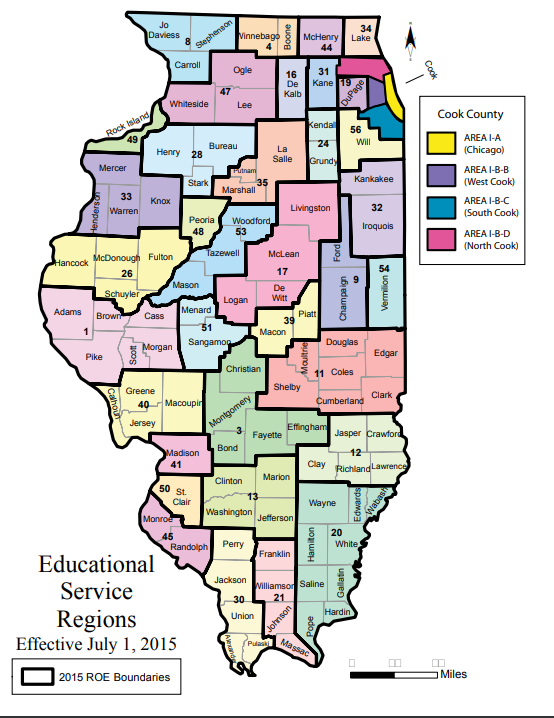 Because ISBE regions are aggregations of a small number of counties, searching in IECAM by ISBE regions is a good way to get data on small regional areas, or to get data for reports that are directly tied to ISBE activities.